How to make Philly Cheesesteaks at home 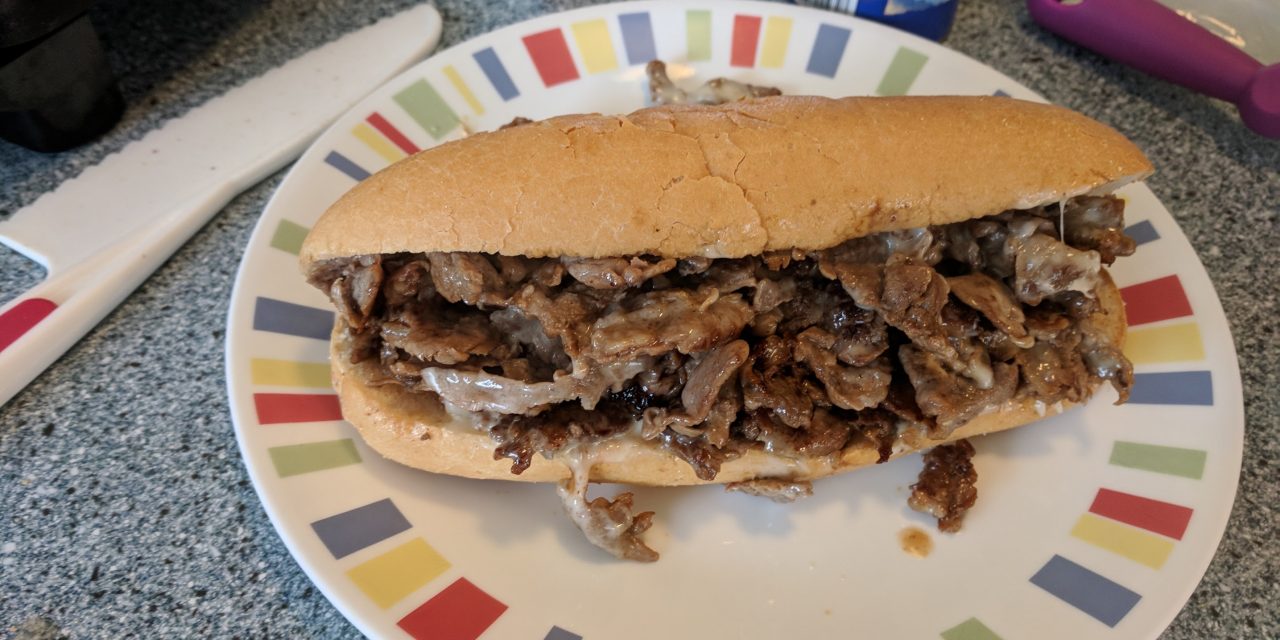 With the Eagles in the playoffs and going to the Super Bowl, I know a lot of you will be looking to make some food for the big game.  I recently made some for the Eagles / Vikings game and they were delicious!

First things first, find a decent butcher in your area.  Purchase some ribeye and tell them you’re using it to cook cheesesteaks so they’ll slice it thin. 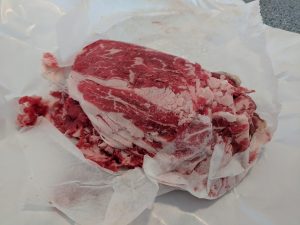 Figure about a half pound of meat per sandwich if you’re making regular hoagie-sized sandwiches.

The two pounds I purchased made 5 sandwiches… however, 3 of them were for kids and had less meat.

It’s not cheap either!  The local butcher here in Bucks County, PA charged $18.95 per pound.

Another (cheaper) option is to purchase some ribeye from your grocery store.  You will have to slice it yourself though.

If you’re cutting your own, you’ll want to put it in the freezer for a good 30-45 minutes to harden it up first, then try to slice as thin as you can without cutting off your fingers.

I figured it was worth it to just hit up the butcher! 🙂

Once you have your sliced ribeye, you’ll need to find something to cook it on.

The best option is some sort of griddle.  If you have a pancake griddle, that’s perfect.  If you don’t have any type of griddle, find your largest frying pan or cast iron pan.

Next, get out everything you’ll need because this meat will brown up quickly.  I’d suggest the following:

Heat up the griddle/pan and squirt some olive oil on there – I had mine at about 350 degrees.

Grab a good amount of meat and throw it on there – spread it out and let it brown, moving it around and flipping it.  Add some salt and pepper during this phase.  As it gets cooked it gets easier to cut up and separate with your spatulas. 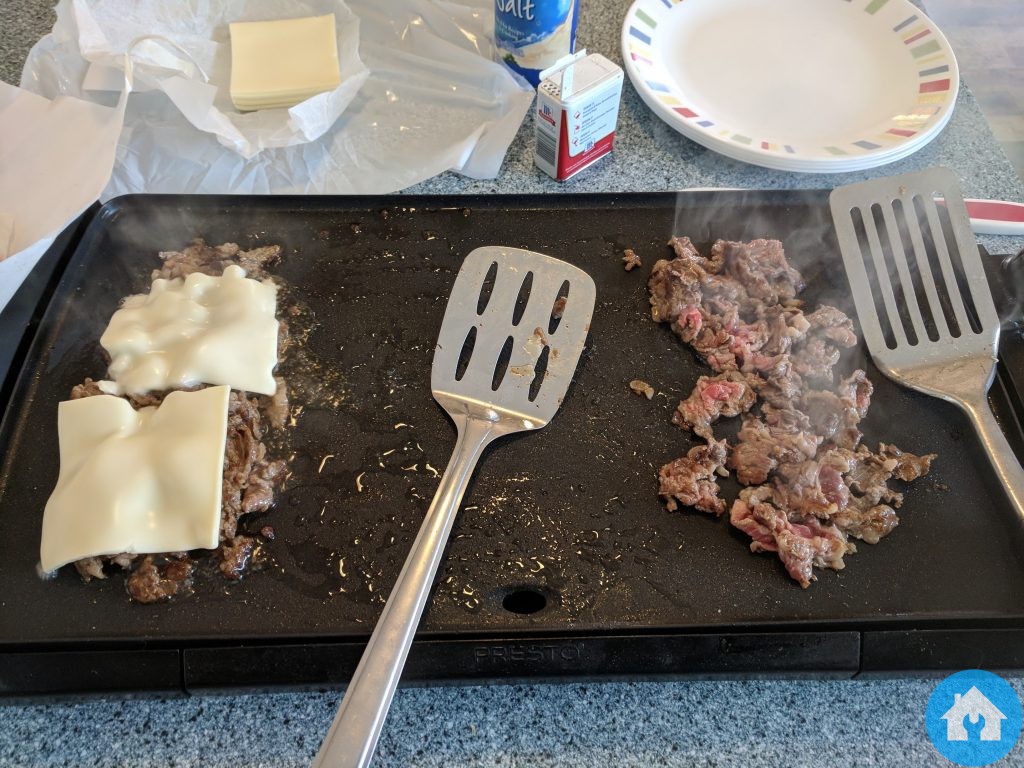 This is when you’d want to mix in the onions and/or peppers you’ve cooked.  I’m not a fan, so I didn’t use them…

Once you get one going, throw some cheese on it and throw on another pile of meat to work on.  This is when I like to open one of the rolls and plop it upside down right on the cheese there to create a tent.

Give that a minute or two, then take your bigger spatula and slide it under the meat and pick up the whole sandwich and place on a nearby plate.  You’ll likely miss some meat, so just pile that on top of your sandwich.

When you’re all done, you’ll end up with something similar to this: 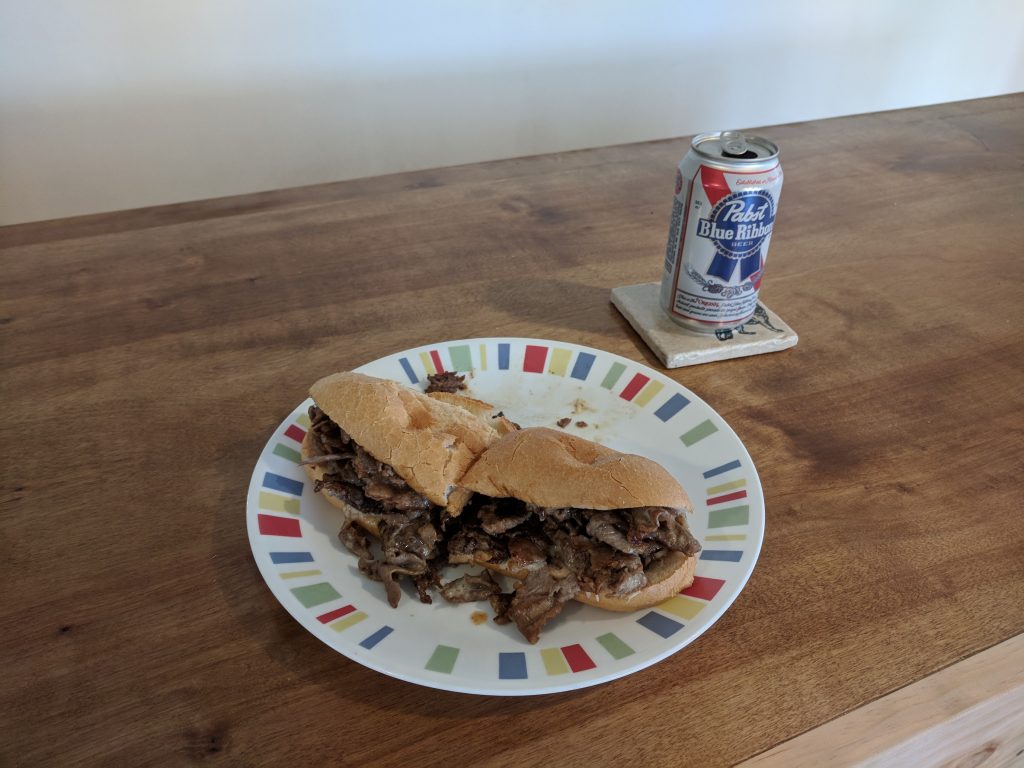 Slice it in half, grab a beer and enjoy!

If you try these, let us know below how it worked out! 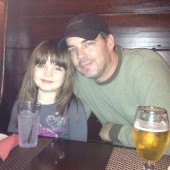 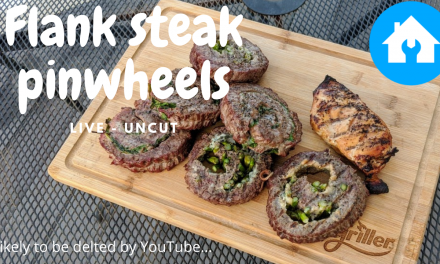 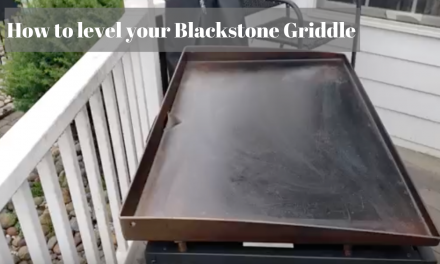 How to Level your Blackstone Griddle 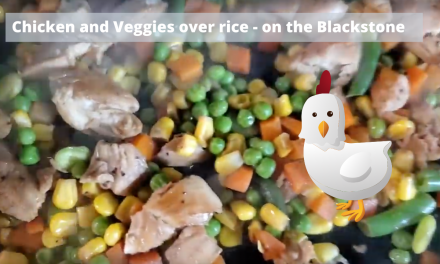 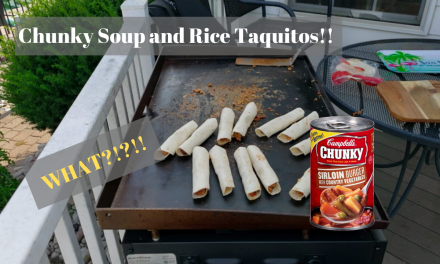 Chunky Soup and Rice Taquitos (WHAT?!?)